Forgiveness: The Very Essence of Our Faith 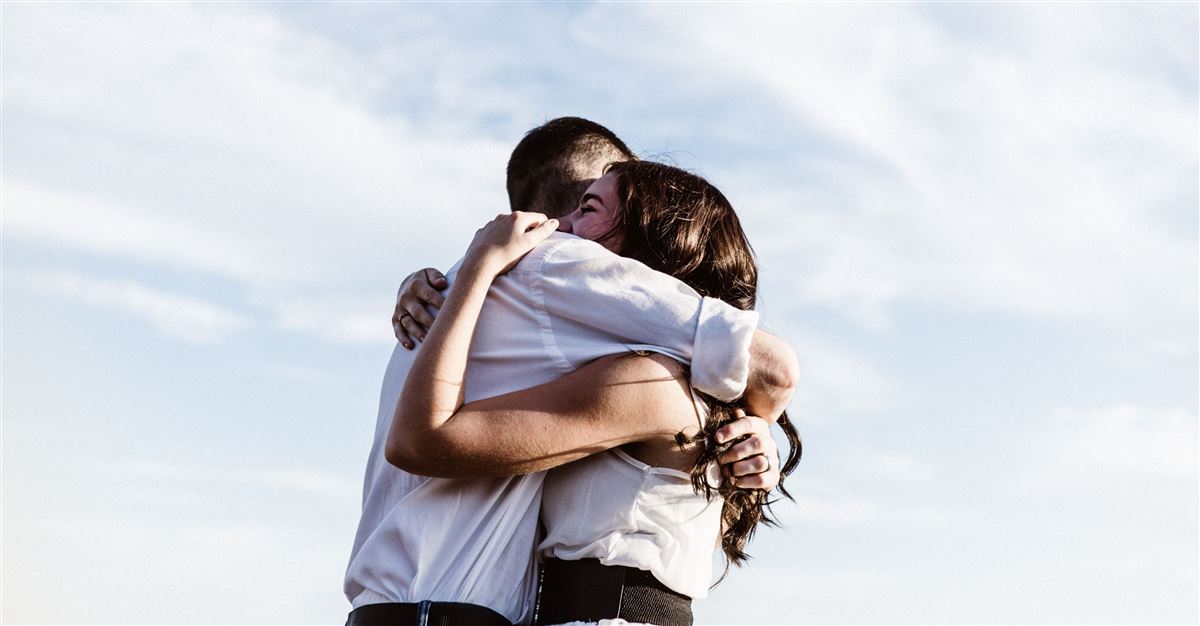 If you forgive those who sin against you, your heavenly Father will forgive you. But if you refuse to forgive others, you Father will not forgive your sins. Matthew 6:14-15

Joseph was the pride and joy of his father. Though Jacob had ten other sons, he favored Joseph, the one born to him in his old age. Jacob never bothered to hide his special feelings—not even from his other sons. In fact, he expressed his favoritism blatantly and visibly by having an expensive coat made especially for Joseph.

This did not go unnoticed by the older brothers, and they began to resent their spoiled young sibling. Joseph, who was either oblivious to their resentment or insensitive to it, made it worse by bragging to his brothers about his dreams that he would one day rule over them. In one dream, his brothers’ sheaves of grain bowed down to his. In another dream, the sun, moon, and eleven stars bowed down to him.

Eventually, Joseph’s vivid dreams and their father’s favoritism so infuriated the brothers that they plotted Joseph’s death. While trying to decide the best way to accomplish it, they spotted a caravan of spice traders on the way to Egypt. Instead of killing Joseph, they decided to sell him as a slave. They said good riddance to their dreaming brother and made up a story to tell their father about his favorite son’s tragic fate.

So much for dreams of greatness. At age seventeen, Joseph became a slave in Egypt, then a prisoner in a rank dungeon for a crime he did not commit. The situation provided Joseph with plenty of time to think about his life and what he had done. Somewhere along the way, Joseph made a choice. He decided to forgive his brothers. Eventually God fulfilled the promise he had conveyed through dreams to the brash young man, but not before refining Joseph’s character through forgiveness.

The Importance of Forgiveness

Forgiveness is something all of us want to receive but most of us hesitate to give. Jesus makes it clear, however, that we can’t have it without giving it. If you forgive those who sin against you, your heavenly Father will forgive you. But if you refuse to forgive others, your Father will not forgive your sins (Matthew 6:14-15). These words allow no room for doubt or discussion. Forgiveness flows two ways. We cannot separate receiving forgiveness from extending forgiveness.

Forgiveness is at the core of emotional well-being. It is fair to say that unforgiving people are emotionally sick. Their bitterness is a disease of the spirit, and it is inevitable that the unforgiving person eventually will experience physical illness as well. Anger causes surges of adrenaline and secretes other powerful chemicals that attack the body. The stress we carry when we refuse to give or receive forgiveness affects our hearts, minds, and bodies. To make matters worse, both rage and depression contribute to obsessive behaviors such as overeating, workaholism, overspending, and even addictions to pornography and mood-altering drugs. We cannot rid ourselves of emotional pain and its side effects unless we are willing to forgive.

Unresolved anger keeps us from moving forward because it locks us in a time machine, frozen on the exact moment when a particular offense occurred. Fear of further injury makes us unwilling to move to new levels of relationship, not only with those who have hurt us but with anyone who represents a similar threat.

Furthermore, if we allow unforgiveness to continue, we are likely to experience depression, bitterness, or both. Yet more important than any of these concerns is the most serious consideration of all—the spiritual consequence of unforgiveness: alienation from God.

Obstacles to Forgiveness: Fear or Misconception

The reason many of us refuse to forgive is our fear of loss. And there’s no denying that forgiveness requires us to give up attitudes and actions that are important to us.

Fear of Losing the Energy that Anger Produces. Some people are reluctant to let go of the burning energy that rage generates. It’s like a fuel that keeps them moving. Without it they would likely descend into despair and purposelessness because their anger is their purpose.

Fear of Losing Leverage in a Relationship. Those who are still smarting from pain are not eager to risk being hurt again. They assumed that if they forgive the guilty party, he or she will feel free to repeat the offense. This brings up an important point: Forgiveness does not guarantee a change in the other person’s behavior. Forgiveness is an act of obedience, not a tool of manipulation. It is a way of cleaning up the grudges and resentments that damage us. Although we cannot stop people from hurting themselves, we can, in some situations (if we are not legally or morally tied to the offender), guard ourselves against repeated injury. By removing ourselves from the relationship or by changing the rules of engagement, we can limit the person’s ability to continue hurtful behavior.

Fear of Losing Hope for a Better Relationship. Some people have expectations for friends and family that are too high. As the years go by, repeated foolish choices and ongoing evidence of serious character flaws devastate those who expect too much. In such cases, it is necessary to forgive people simply for being who and what they are and to accept that they probably are not going to change.

Fear of Losing Power and Control. Refusing to forgive keeps others in our debt. In families, we often see parents who hold some wrong against an adult child, exacting payment in visits, gifts, and favors. Although forgiving feels like an act of surrender, those who’ve done it know it’s an act requiring tremendous strength.

Fear of Losing the Image of Superiority. Holding an offense against another person places us in a “good guy, bad guy” picture with ourselves wearing the white hat. Imagining that we are better than others makes us feel good, but such a prideful attitude is unacceptable to God. When we hold people captive to our judgment, we play God in their lives. This places us in an unwinnable wrestling match with our Creator, who, as the apostle, James reminded us, “sets himself against the proud” (James 4:6).

Some of the greatest obstacles to forgiveness are the misconceptions about what it is. Realizing what forgiveness is not may make it easier.

It is NOT Condoning the Behavior. Once we understand that the act of forgiving does not compromise our moral standard by condoning the offense, we are in a position to forgive even the worst of sins. To forgive is not saying, “What you did is okay.” It is saying, “The consequences of your behavior belong to God, not to me.” When we forgive, we transfer the person from our system of justice to God’s. To forgive is to recognize that the wrong done against us is a debt of sin, and all sin is against God. Therefore, in forgiving, we transfer the debt from our ledger of accounts to God’s, leaving all recompense in his hands.

It is NOT Forgetting What Happened. It would be foolish to erase from mind some of the wrongs done to us. If we were to do so, we would never learn from our experiences and would walk right back into the same or a similar situation, only to face the same disappointments. What can eventually be forgotten are the raw emotions associated with the event. When we forgive, the terrible memories and feelings gradually diminish.

It is NOT Restoring Trust in the Person. Trust is earned. It is something we give to those who deserve it. To blindly trust someone who has hurt us is naïve and irresponsible. If a person is a thief, it is foolish to give her a key to your house. If he were a pedophile, you would be derelict to hire him as a baby-sitter. We can forgive people from the wrong they’ve done without extending to them an open invitation to do it again. It is foolish to trust and untrustworthy person.

It is NOT Doing the Person a Favor. In Judaism, forgiveness is not required unless repentance is demonstrated and pardon is sought. But Jesus raised the standard of forgiveness to a higher level. According to him, we are to forgive even those who remain unrepentant. Forgiveness benefits the giver at least as much as the receiver, so we extend it whether or not the person asks for it.

It is NOT Easy. Forgiving is difficult enough when it involves a one-time transgression. It verges on the impossible when the offense is ongoing. Such circumstances require an attitude of forgiveness, not simply and act of forgiveness. When Peter asked Jesus how often he should forgive, Jesus gave an unsettling answer:

Peter came to him and asked, “Lord, how often should I forgive someone who sins against me? Seven times?” “No!” Jesus replied, “seventy times seven!” (Matthew 18:21-22)

Think about the mathematics of that statement. Can you imagine forgiving anyone, even for a minor offense, 490 times? Imagine having a neighborhood kid ride his bike through your garden even day of the week for seventy weeks. (That’s one year, four months, and two weeks!)

Jesus is asking us to do something that is humanly impossible. In and of ourselves we don’t have enough forgiveness to go around. But God does. So when our limited resources run out and we are unable to forgive, we can ask him to forgive others through us. In so doing, we take one more step of obedience and allow ourselves to become a conduit of God’s grace.

The above piece is an adaptation from Transformation, by Steve Arterburn. Wheaton, Tyndale House Publishers.

Stephen Arterburn is the founder of New Life Ministries, the largest provider of Christian counseling and treatment in North America. As host of the daily New Life Live! radio program, he is heard nationally on over one hundred and eighty stations and at www.newlife.com. Steve is the lead speaker at The New Life Weekend, a conference with specialty programs for Marriage, Balancing Your Life, Anger, Fear, Boundaries, Depression, Weight Loss, Abuse, and Forgiveness. Steve is also the creator of Women of Faith® Conferences and the author/coauthor of over fifty books, including Healing is a Choice, Lose it For Life, Internet Protect Your Kids, Every Man’s Battle, Avoiding Mr. Wrong, Reframe Your Life, and Midlife Manual for Men.