When Abraham heard that his nephew, Lot, had been taken captive by the kings of Sodom and Gomorrah, he pursued the enemies and freed Lot, and “the women, and the people.” Who the women were, Scripture does not say. They may have been Lot’s wife and daughters, or Sodomite female servants. The first direct reference we have of Lot’s unnamed wife is when the angels came to hasten the family out of doomed Sodom (Genesis 19:15). Who she was, of what race and family, of what life and character, by what name she was known, the Bible is silent. All the information we have about her is packed into one short verse, “His wife looked back from behind him, and she became a pillar of salt.” Yet we must give attention to her for it is written in burning words by the finger of God—

When, because of strife, Abraham and his nephew, Lot, came to part, Abraham gave Lot the pick of the land before them. Lot selfishly chose the best stretch of the country, “well watered everywhere … even as the garden of the Lord” (13:10). But such a greedy choice had dire consequences. Lot pitched his tent toward Sodom, and before long was in Sodom where its inhabitants “were wicked and sinners before the Lord exceedingly” (13:13). Lot became a citizen of Sodom, sat at its gate as the city’s mayor, and was treated with honor and reverence as a relative of the mighty Abraham who had delivered Sodom from the Elamite invasion. While Peter speaks of Lot as being just and of having a righteous soul vexed with the filthy lives of the Sodomites (2 Peter 2:7-9), he yet somehow closed his eyes to the wickedness of the people, married a woman of Sodom and consented for his two daughters born in Sodom to marry Sodomites.

Sodom was such a cesspool of iniquity that God said He would destroy it. But because of Lot’s presence in the city Abraham interceded for its preservation. If only there had been ten righteous people in it God said the city would be spared. The only apparent righteous person in it—whose righteousness had been made ineffective through compromise—was Lot. So the two angels came to deliver Lot and his family from the terrible judgment about to fall on Sodom. They were entertained overnight, and Lot’s wife doubtless shared in the hospitality shown. Early the next morning the angels sought to hasten Lot and his family out of the city, but they lingered. They were loathe to leave the luxury, pleasure, and sin of Sodom, so the angelic deliverers had to remove them forcibly from the city and compel them to escape for their life.

The account of the tragedy is briefly related. As fire and brimstone out of heaven fell upon Sodom, Lot’s wife looked back from behind her husband. In oriental countries it was the rule for the wife to walk some distance behind her husband, but as Lot’s wife lingered and looked back she was overtaken by sulphurous vapors, and, encrusted with salt, perished where she stood. Entombed as a pillar, she became “as a monument of an unbelieving soul” in a desolate region, “of whose wickedness even to this day the waste land that smoketh is a testimony” (Wisdom 10:7). The wife of Lot looked back upon her own city with regrets at having to part with its sinful pleasures. She had been compelled to leave Sodom as a city, but all that Sodom represented was very much in her heart.

All the while Lot’s wife was in Sodom, its “filthy communications” soaked into her soul, so much so that when the angel of mercy sought to save her from the angel of judgment, she could not be saved. In the look back to Sodom was regret for all she was leaving for an unknown life before her, and as she sighed the salt air whitened her body into marble, and “nature made for her at once a grave and a monument.” “She became a pillar of salt,” and in that word we have a symbol of character as well as a monument of destiny. A pillar of salt is the picture of many a society woman today. All the sweet blood of a true woman’s heart has become brackish by the life she leads. Instead of a woman, you have only a pillar of salt. In Sodom, Lot’s wife lived in pleasure but was dead as she lived. As the wife of a righteous man, she had a name to live, but the gay life of Sodom asphyxiated her soul. Thus when the warning voice of God sounded in her ear, she may have heard it but did not heed it. Sodom with its society and sin had been her whole life.

When dealing with the truth of His Second Advent, our Lord used the overthrow of Sodom and Gomorrah and Lot’s deliverance from their destruction as an illustration of His emancipation of His own from the catastrophe to overtake a godless world, and warns believers to remember Lot’s wife and not linger, look, and be lost. As those who wait His coming we are not to look back nor draw back, but look up for our redemption draweth nigh. How arrestive is Christ’s exhortation! “Remember Lot’s wife.” Mary’s one act of piety in breaking her alabaster box of precious spikenard brought her a perpetual memorial, and in like manner the one tragic act of Lot’s wife brought her a different kind of remembrance. For all who preach the Gospel what an appeal for immediate decision there is in the urgent summons of the angels to Lot and his family, “Escape for thy life, look not behind thee … lest thou be consumed.” That stirring evangelistic hymn has led many a sinner to escape to the arms of the Saviour—

The Gospel bells give warning,

As they sound from day to day,

Of the fate which doth await them

Who forever will delay—

Escape thou for thy life;

Tarry not in all the plain.

Nor behind thee look, oh, never,

Lest thou be consumed in pain.

Devotional content drawn from All the Women of the Bible by Herbert Lockyer. Used with permission. 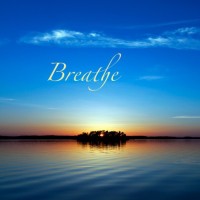