know there are questions around travel amid the coronavirus (COVID-19) outbreak. Read our note here.

If you enjoy traveling, you’ve likely come across your share of places with interesting names. Towns and cities get their monikers in a number of ways. Many derive their names from other locations. These are called transfer names, and examples include Athens, Georgia; Paris, Texas; and Ithaca, New York. Other cities are named after heads of state, such as Washington, D.C.; Jackson, Wyoming; and Madison, Wisconsin. Oftentimes, the people in charge of naming places do what they do best — they get creative. Sometimes that creativity results in a funny name, with a funny story to go with it. Here are seven of the silliest-sounding international town names on the map.

Most cities wouldn’t want to be known as a “mistake,” but this quaint, coastal town on South Island actually has a few competing maritime mishaps that could account for its name. One popular story says the town — once known as Vincent’s Bay — became Taylors Mistake after a captain of the same name accidentally beached his ship there during the night, assuming he was passing over Sumner Bar. A few years later, there was another Captain Taylor who did the same thing.

However, several local researchers note that the town was known as Taylors Mistake before either of these navigational blunders. The name appears to date back to at least 1853, when a different Mr. Taylor, acting as chief officer of the barque Gwalior, took command after his captain jumped overboard and anchored the ship near the area now known as Taylors Mistake.

One other note about the name: You may be wondering why there’s no apostrophe in “Taylors,” which seems like it should be a possessive. Some sources do use an apostrophe, but New Zealand government sites and good ol’ Google Maps do not.

In the early 1800s, the Baudin Expedition set out to explore Australia’s wildlife and landscapes. During the expedition,  French cartographer/surveyor Louis-Henri de Saulces de Freycinet came across a western Australian bay that would one day become the famous Shark Bay World Heritage Area. At the time, Freycinet mistakenly thought the bay was blocked by a sandbar, so he rather dismissively called it Havre Inutile or “Useless Harbor.”

It’s not useless at all, though. Rather, it’s home to the purest salt in the world. However, you can’t go on any salt-gathering expeditions since the area is owned and salt-harvested by the Mitsui Group. Your best bet for catching a glimpse is on a scenic flight or from nearby Denham, where you’ll find the Instagrammable Shell Beach and St. Andrews Church.

It may call to mind a place covered with creepy crawlies, but the city of Worms actually doesn’t have anything to do with the animals of the same name.

It’s one of the oldest cities in Germany, occupying a region first called Borbetomagus by the Celts. That was before the Romans called it Vormatia, a Latin word for “settlement in a watery region” — pretty straightforward, as far as naming goes. Vormatia was eventually shortened to Vorms, then Worms.

Remember that the letter “W” in German is pronounced like the English “V.” So from a pronunciation standpoint, the name is still “Vorms” if you’re talking about it out loud. And there’s a lot to talk about: The city boasts a lovely wine and culinary scene set amidst a lot of old churches, synagogues, gardens, monuments, and more. 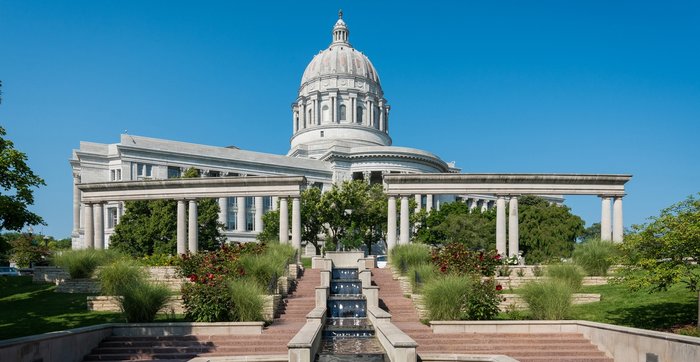 There are plenty of places to grab a pint at this picturesque village in England’s Jurassic Coast World Heritage region, which is the country’s only natural World Heritage Site. But if people went around naming towns based on beverage availability, the word “beer” would probably overtake the map.

It was actually the surrounding forest that gave the city the jolly name it has today. The old Anglo-Saxon word for grove is “bearu.” They shortened it to “Beer,” thereby giving future residents  the perfect spring break marketing campaign — should they wish to take advantage of it.

Beer was initially a fishing village before it gained fame for both its fine lace and the not-so-fine smuggling activities of many of the fishermen, including the infamous Jack Rattenbury.  He wrote a memoir about his adventures, which was published in 1837. As the years went on, however, tourism became more lucrative than smuggling. Today, visitors can bask in the sun surrounded by a limestone cliff suntrap at Beer Beach  while reading about Rattenbury’s smuggling days in his own words.

Let’s clear this up right away: Middelfart is  a name based on location, not anything else you may have been imagining. It comes from the town’s earlier name Melfar, which is a Danish contraction meaning “middle crossing.” Located on the northwestern tip of the Danish island of Funen, the city is situated at the narrowest crossing of the Little Belt, a watery channel that measures about a half-mile in width.

Although it sounds like a teenage prank, Middelfart is actually a thriving cultural hub complete with art galleries, museums, and incredible architecture. Nearby Fredericia is home to a Michelin Star restaurant, Ti Trin Ned. As a home base for outdoor adventures, Middelfart also is ideal for whale watching, diving, snorkeling, and more in Denmark’s nature parks.

Emo was established in 1899. The city’s original reeve named it after the village in Ireland where he was born. (Technically, that makes it a transfer name.) “Emo” comes not from the music genre of the same name but from the Gaelic word “ioma,” which means “resting place.” And Emo certainly is the right place for a good rest.

This Ontario town houses a vibrant resort community that includes the nearly 100-year-old Hideaway Lodge on Clearwater Lake. People come from all over to rest (and find adventure) in Emo. Located just north of Minnesota, it’s a great place for hiking, biking, boating, and other outdoorsy activities. You can also enjoy stock car racing at Emo Speedway or say a prayer in one of the world’s smallest churches — if you can get in, that is. Norlund Chapel has room for just eight people at a time.

6 thoughts on “International Town Names That Will Crack You Up.”