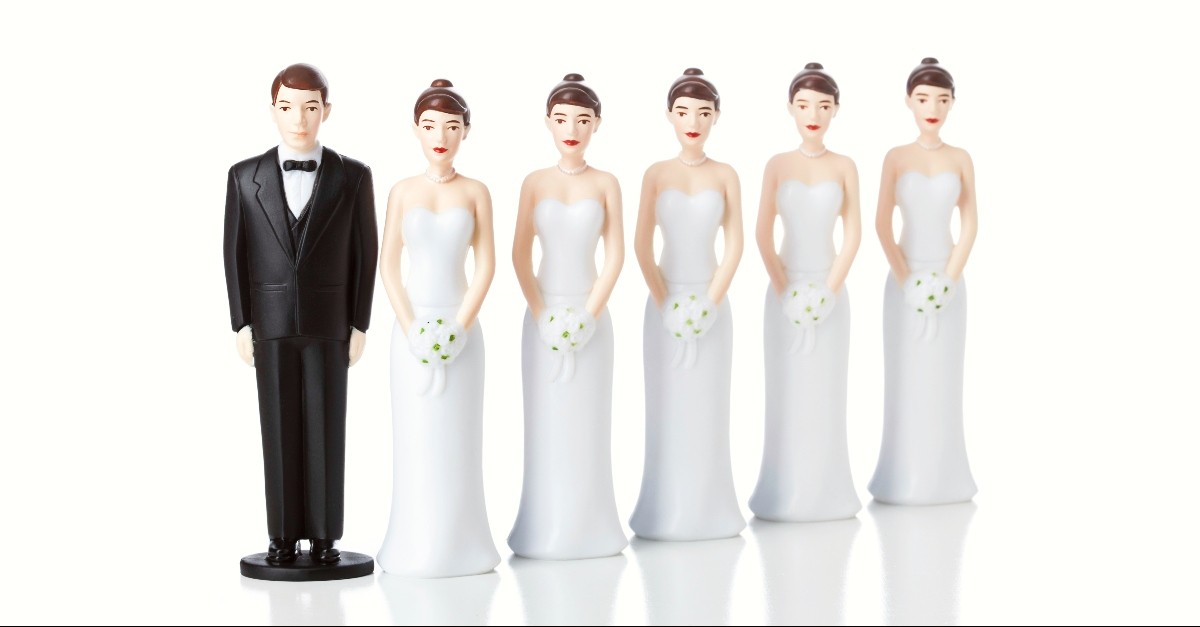 One of the more traditional lines in a wedding ceremony includes, “Marriage is an institution ordained by God,” for the procreation of children, the happiness of the individuals involved, and to act as the foundation for a healthy society. The question of what that institution should look like is one that has been on the forefront of people’s minds.

While today in most western cultures, it is commonly accepted that marriage is a partnership, through the centuries many have established polygamous marriages, commonly where one man has more than one wife, though some have one woman with multiple husbands. Even in the Old Testament, some of the patriarchs and leaders had multiple wives.

However, the Bible never shows these polygamous marriages as successful, or appropriate. The more marriages the Bible shows, and the more it is discussed, the more the problems of polygamy come to light.

As a foreshadow of the relationship between Christ and His bride, the Church, marriage is shown to be sacred and meant to bring two people together to grow closer to Christ, not to be divided between multiple spouses.

When a man takes multiple wives, or sometimes when a woman has multiple husbands, that person is a polygamist. There are many reasons someone may want to have more than one spouse including lust, a desire for more children, or the belief they have a divine mandate to do so. In the Old Testament, several important and influential men have multiple wives and concubines.

The first marriage God ordained was between Adam and Eve, one for another. Adam recites a poem in response to meeting Eve, “This shall be bone of my bones and flesh of my flesh; she shall be called Woman, because she was taken out of Man” (Genesis 2:23). This poem is about love, about completion, and God’s divine will.

By contrast, the next husband to recite a poem is a descendent of Cain named Lamech – the first bigamist. He had two wives named Adah and Zillah. His poem is not sweet, but about murder and revenge: “Adah and Zillah, hear my voice; you wives of Lamech, listen to what I say: I have killed a man for wounding me, a young man for striking me.If Cain’s revenge is sevenfold, then Lamech’s is seventy-sevenfold” (Genesis 4:23-24). Lamech is a violent man whose forefather was violent, reacting on impulse. He is the first man to take more than one wife.

Moving forward, many men deemed righteous also take multiple wives. However, this decision has consequences which increase in magnitude over the centuries.

Men in the Bible Who Had Multiple Wives

Jacob: In Genesis, Jacob labored for seven years to marry the beautiful Rachel. She was the youngest, however, and tradition dictated he marry the older sister. So her father tricked Jacob into marrying his oldest – Leah. Angered, Jacob worked another seven years to marry Rachel. Moving forward, there is contention between the women, since Jacob loved Rachel more. They even gave their husband handmaids as concubines in attempts to undermine one another and maintain status. God allowed both women to bear sons, giving them protection and joy, but the relationship was never right. These tensions are documented in Genesis 29 and Genesis 30.

David: Though David was a man after God’s own heart, he was not perfect. For political and personal reasons, he took eight wives and multiple concubines. His first wife was his predecessor’s daughter, another a woman who saved his life after she was widowed. Famously, he committed adultery with another man’s wife, Bathsheba, and when she fell pregnant he murdered her husband and took her as his final wife. His inappropriate desire led to the destruction of his family, as it gave his son Absalom the fuel he needed to start planning his own coup. While David was successful in keeping his throne, his family was broken. Details regarding David’s polygamy can be found in 1 Samuel 18, 1 Samuel 25, 2 Samuel 3, 2 Samuel 12, and 1 Chronicles 3.

Solomon: The man with the most wives in the Bible was Solomon, the wise thinker who contributed three books to the Old Testament. Like his father David, Solomon took wives for political expediency and personal pleasure. Ultimately, he had 700 wives and 300 concubines. Many of these wives were the daughters of kings, pharaohs, and other powerful rulers of the day. Through these foreign brides, many idols were introduced to Israel, such as the Asherah pole dedicated to a Canaanite goddess. This idolatry eventually led to the nation turning its back on God, which eventually led to the exile to Babylon. The record of Solomon’s wives are in 1 King 11.

On an interesting note, after the return from exile, there is no documented evidence of Israelites taking multiple wives amongst leaders or common people.

Is Polygamy a Sin?

In the lives of the men in the Bible, polygamy is not overtly condemned, but is not glorified either. In each of the examples earlier in this article, Jacob, David, and Solomon must face the repercussions of their decision to marry more than one woman, as well as to take concubines. There is no polygamous relationship in the Old Testament that is free of contention.

Sin includes actions taken or behaviors that fall outside the will of God, so from that perspective polygamy is a sinful act that God works for His glory and man’s good. For example, Jacob became a polygamist in part as a byproduct of the deceit of Laban – Leah and Rachel’s father – and he took concubines because of inappropriate competition between the sisters; ultimately God used these painful situations to lay the foundations for the twelve tribes of Israel.

There are verses in which the Bible expressly forbids from taking multiple wives:

“When you come to the land that the Lord your God is giving you, and you possess it and dwell in it and then say, ‘I will set a king over me, like all the nations that are around me,’…And he shall not acquire many wives for himself, lest his heart turn away, nor shall he acquire for himself excessive silver and gold” (Deuteronomy 17:14, 17).

“Therefore an overseer must be above reproach, the husband of one wife,sober-minded, self-controlled, respectable, hospitable, able to teach, not a drunkard, not violent but gentle, not quarrelsome, not a lover of money” (1 Timothy 3:2).

“Let deacons each be the husband of one wife, managing their children and their own households well” (1 Timothy 3:12).

Kings, deacons, and overseers – another word for bishop or pastor – are obligated to only have one wife. These men are supposed to be pillars of society, models for their communities, and setting the example for those around them. God wanted the leaders in the community to only have one wife. God’s expectation is monogamy.

Because some cultures and societies do sometimes engage in polygamy, God does set boundaries, rules, and guidelines which were meant to protect the wives. God views marriage as a sacred covenant, which should only be contracted between two people. But when someone entered a polygamous relationship, God gave parameters.

“If he takes another wife to himself, he shall not diminish her food, her clothing, or her marital rights” (Exodus 21:10).

2 thoughts on “What Does the Bible Say about Polygamy?” 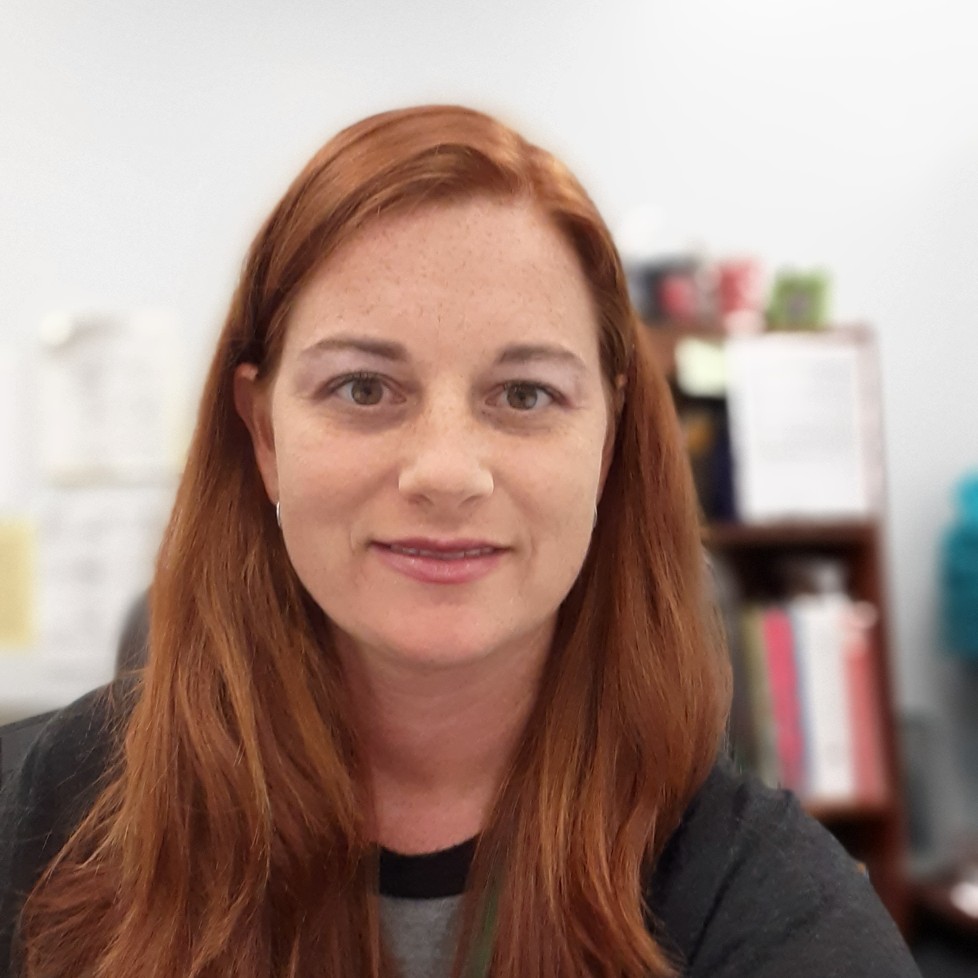