Esther’s story is one of courage and strength.

Esther, in the book of Esther, was a biblical heroine who saved the Jewish people. She is recognized mostly for her strength, bravery and dignity. She was chosen by the Persian King Ahasuerus to be his wife in a contest, not knowing she was a Jew. When the king’s right-hand man, Haman, came up with a plan to kill the Jews, Esther’s uncle found her and pleaded with her to spare Israel. Even though she was his wife, she knew she was not allowed to approach him without invitation, and if she did, it could end in death. But she believed she was chosen by God to save her own people and agreed to go in front of the king anyway and won his favor and her people were saved. She didn’t let her fear or position stand in her way. Esther is also an incredible example of helping people in need, particularly those who are going through extremely tough and uncertain circumstances. Here are a few lessons from Esther’s story.

In the beginning, Esther tried to hide from King Ahasuerus’ guards so that she wouldn’t have to marry him, but she couldn’t avoid her destiny. The leader of the Jews at the time, named Mordechai realized that this wouldn’t have happened unless she was truly destined to rescue her people. God places us where we are supposed to be so that we can fulfill our calling. Many Christians wonder what God is calling for their life. This is a question many Christians want to know but have no clue where to start to find the answer. We are drawn to the idea of knowing and pursuing our calling. That’s why so many of us want to know that we’re on the right path. The reason this question is so significant is because the work we do is important to God. If we know this is significant to God, then it makes sense to ask where God is calling and leading you in life. Esther trusted where she was being led and she was able to do incredible things.

Esther only ate Kosher food, even when she was in the palace. Also, when the king went out of his way to get her to tell him her national origin, she held her ground. Staying grounded in your principles is so important. A great way to understand your calling is through this principle: Nothing is more important in your life than being one of God’s disciples. It is one of the most significant callings that Christians have. A great passage to reflect on when considering your calling is Matthew 6:19-34 which deals with our treasures in heaven. Jesus uses the word “treasure” to capture the fact that that we all live in pursuit of what we’ve named or deemed important. It really comes down to this: following our principles and calling is either a thing of the highest treasure to you, and that’s demonstrated in your choices, words, and actions every day, or it’s not.

She Was Led by the Spirit

Whether Esther knew it or not, she was being led by the Spirit of the Lord. Romans 8:14 says, “For all those who are led by God’s spirit, these are God’s sons.” One of the greatest gifts God offers us is the privilege of being led by the Spirit of God. As children of God, we can expect to be led by the Holy Spirit which will provide us with the wisdom of God to make the right decisions. Our ability to tap into our calling is much easier when we make decisions based on the leading and guiding of the Holy Spirit. This wisdom will allow us to make decisions today based on knowing what will happen tomorrow. What many people fail to realize is that you can develop a personal relationship with the Holy Spirit just like you already have with God and Jesus. John 14:26 says, “But the Helper, the Holy Spirit, whom the Father will send in My name, He will teach you all things, and bring to your remembrance all things that I said to you” (John 14:26). The Holy Spirit is not only a personal guide but also a teacher in this life. As a result of this, Esther was able to set an action plan in place. As a result of her leadership, Esther was able to save her people.

We Should Turn to God When We’re in Trouble

Esther realized that the salvation of her people would only come through having a special relationship with God so she turned to Him. Ultimately, the way they ultimately achieved salvation was through prayer and repentance. Sometimes God protects us from going through potential problems, and sometimes He miraculously delivers us from problems that confront us. Yet, sometimes we must go through difficult times. When we do, God is always there to walk with us. Psalm 9:9 says, “The LORD is a refuge for the oppressed, a stronghold in times of trouble.” It is comforting to know that God is with you when you are in the midst of trouble. Pray to know God and His peace.

Esther is an inspiring story about a remarkable woman who was willing to risk her life to save her people. She was a woman of principle who was willing to put the lives of others ahead of even her own life. She was an outstanding example of serving others even under the most stressful circumstances. Jesus Christ said, “Greater love has no one than this, than to lay down one’s life for his friends” (John 15:13). Most of the time our lives may be pretty routine, but all of us have a few defining moments when we may be called on to put godly principle above personal benefit. What will you do when you encounter defining moments in your life? Esther shows all of us the way, and we can be inspired by her example.Lesli White is a graduate of Virginia Commonwealth with a Bachelor’s degree in Mass Communications and a concentration in print and online journalism. In college, she took a number of religious studies courses and harnessed her talent for storytelling. White has a rich faith background. Her father, a Lutheran pastor and life coach was a big influence in her faith life, helping her to see the value of sharing the message of Christ with others. She has served in the church from an early age. Some of these roles include assisting ministry, mutual ministry, worship and music ministry and church council.

One thought on “Who is Esther in the Bible and Why is She Important?” 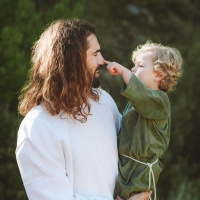